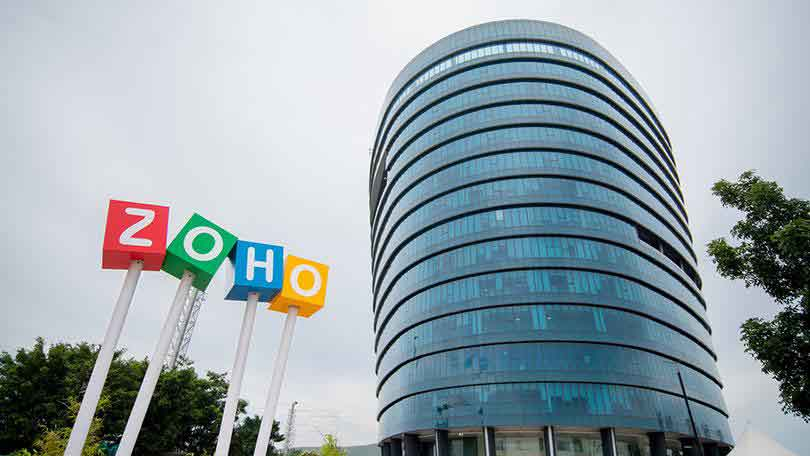 25 years of Zoho: from Adventnet to a self-funded unicorn

India needs to look at the rural economy as a source of production and wealth creation rather than just a source of demand to become a $5 trillion economy, according to Zoho’s Sridhar Vembu.

The country can focus on product innovation and train the talent available in rural areas to get the benefits of demographics and cheaper real estate, he said.

“All we know about Zoho Corp is that we were born sometime between late 1995 and early 1996 and we acquired the Zoho.com domain sometime in 2002 and changed ourselves to Zoho Corp in 2009. We have definitely completed 25 years in business, but we cannot be sure when we were exactly born!”

It’s no great surprise that Sridhar Vembu, famously known as the man who turned down venture capital money, and who believes that Indian engineering talent from small towns can build world class software products, has a huge fan following from inside the startup industry and beyond.

Nowadays there are various startups not just hitting it big but changing the face of business in the process. However, the harsh truth of startups is that nine out of 10 startups fail sometimes mysteriously and often unnoticed! The remaining startup succeeds because of its innovation and creativity in their process. Zoho is one such firm which got successful starting from a small apartment located in the Chennai suburbs. Over the past two decades, Zoho has emerged as a leader in web-based business tools providing a single cloud platform with all important applications to run a business entirely from the cloud. At present Zoho has 4000 employees and its headquarter is in California. It has offices in Singapore, Japan, China and India.

Snuggled within the Western Ghats in southern Tamil Nadu, almost on the absolute edge of India, is the newly formed district of Tenkasi, most famous on the tourism map for the Courtallam Five Falls. Among a collection of nine waterfalls, the Courtallam Five that cascade from the river Chittar is compared to the mythological five-headed cobra, and its waters are said to have restorative effects. Lower down on the plains are predominantly agricultural hamlets, with paddy occupying the largest area of cultivation.

Over the past eight months, Vembu has swimmingly moved back to his rural and agrarian roots. A typical day begins at 4 am when he does calls to the US offices. By 6 am, he’s off for a long walk and, on occasion, a swim in the village well. Snake-spotting, and a few times even catching them, is one activity during the stroll.

He returns for breakfast, after which he takes stock of engineering projects, reviews codes and takes customer calls. Then it’s time to indulge in a bit of what his ancestors did for sustenance.

Vembu steps out to the fields to grow paddy, vegetables like tomato, brinjal and okra, and fruits such as mango, watermelon and coconut. Life in Tenkasi opened up new horizons even as the hubs of commerce stayed locked down.

Expert Talk Live with Ajit Vadher on Future Of India – Rural or Urban?

Tips for using LinkedIn for your job search.

DO THESE 7 THINGS ON LINKEDIN AND GET HIRED IN 3 MONTHS, SAYS LINKEDIN

Ten Ways To Use LinkedIn In Your Job Search and how to find saved jobs on LinkedIn.

NTT to invest $1.5 billion in India, to double capacity in 3 years