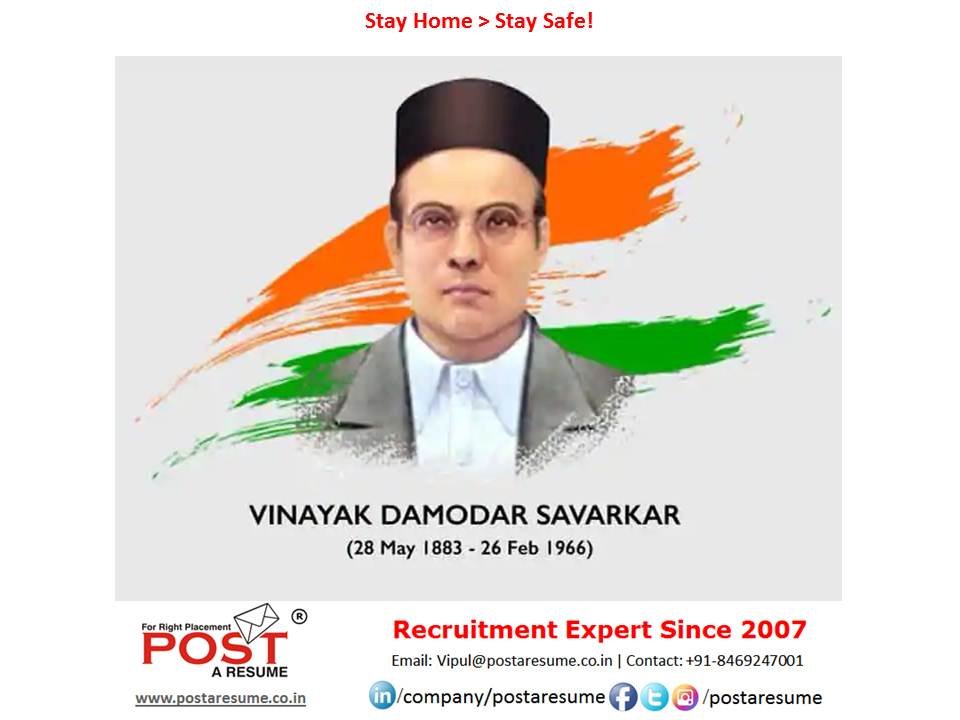 Veer Savarkar was a true patriot who was ready to sacrifice everything for mother land.

Vinayak Damodar Savarkar 28 May 1883 – 26 February 1966, commonly known as ‘Swatantryaveer Savarkar’ in Marathi language, was an Indian independence activist and politician who formulated the Hindu nationalist philosophy of Hindutva. He was a leading figure in the Hindu Mahasabha.

As a response to the Muslim League, Savarkar joined the Hindu Mahasabha and popularized the term Hindutva (Hinduness), previously coined by Chandranath Basu, to create a collective “Hindu” identity as an essence of Bharat (India). Savarkar was an atheist and also a pragmatic practitioner of Hindu philosophy.